This soft and light cinnamon rolls are made with pumpkin and filled with gooey cinnamon swirl and topped with a light icing are the best treat for the season. 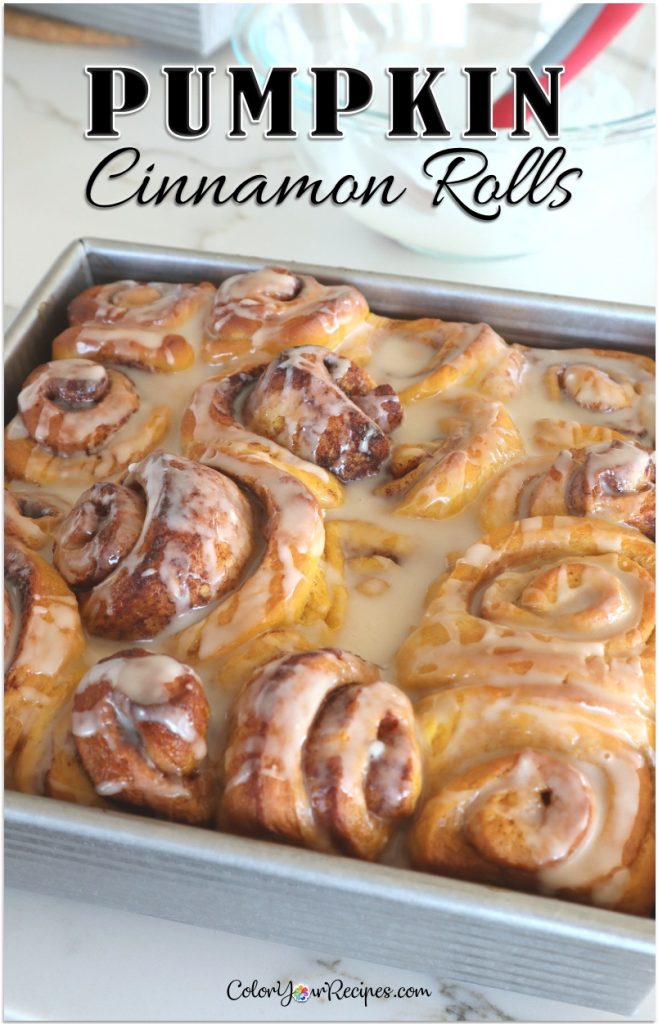 – Why you need to try this?

I made many versions of cinnamon rolls and I must admit, this is the best one…mainly because of the color of the pumpkin puree, so very much enticing…I choose not to add any pumpkin spice when making the dough, just to not shelter the “cinnamon” of the cinnamon rolls away with the other spices found in pumpkin spice. Yes, it sounds confusing…but in reality it is only a cinnamon roll recipe made with pumpkin puree….yes, I should have said that in the very beginning…next time I will try to be less confusing…

And of course I had to use “tangzhong” or “water roux” method, an Asian method used to keep the bread soft, light, moist for many many days.

I divided the dough into two and made a sandwich bread loaf and a pan of cinnamon rolls. So it is up to you…

– Let’s head to the recipe…

Whisk together the water and the flour until the mixture is well blended and free of lumps.

Stir the mixture while it cooks over the medium heat to reach 65C/150F. It takes about 2-3 minutes. Continue whisking until the mixture starts to thicken. The mixture of flour will have “lines”.

Remove from the heat.

Transfer to a bowl, cover with a plastic film to avoid “skin” from forming.

Ready to add to the bread dough once is cool.

Water roux or Tangzhong can bend kept in the fridge for up to 48hours. 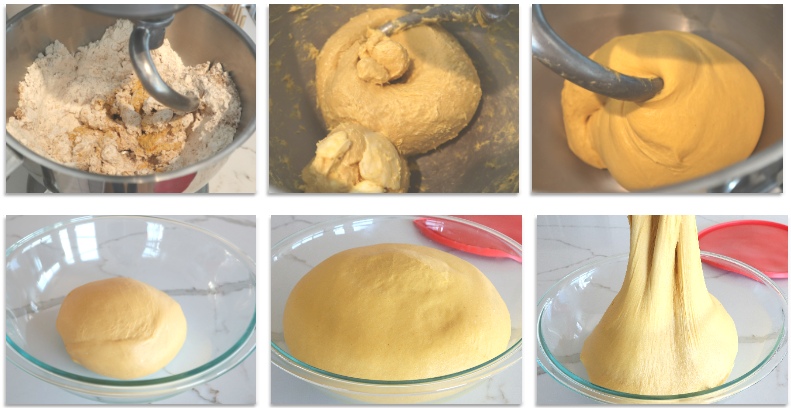 In the mixer, add all the water roux, and all the other ingredients under bread, except for the butter.

Turn the machine and stir for 2 to 3 minutes, until a ball forms.

Increase the speed to “2” and let it mix for 5 minutes. The dough should be very sticky, and less sticky as the gluten forms.

Add the butter and mix for 20 minutes more. Take a small portion of the dough (like a golf ball) and stretch gently until a very thin and transparent membrane (windowpane).

If the dough tears mix for another 5 minutes until you achieve the windowpane test. The windowpane test, demonstrated that the gluten is very well developed and it will create a very light crumb. The dough should be very elastic.

Remove the dough from the mixer and place in a bowl by covering with a plastic film.

Let dough proof until the dough tripled to its original size. 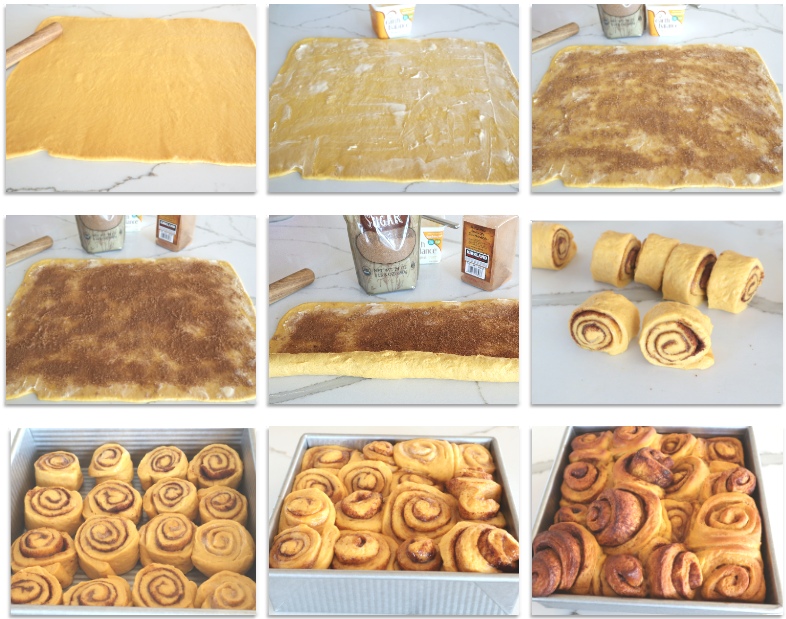 Knock back the dough and divide into 2 balls. Roll one dough into a rectangle of approximately 45 x 35cm (approximately 18 x 14in). Smear a thin layer of butter or its substitute on the rectangle dough. Evenly sprinkle brown sugar and then cinnamon over the sugar.

Roll it like a Swiss roll from the long edge, and roll it into a tight log. Turn the seam to the bottom. Make a small mark on the log in the middle and then into 4 and again and again until you have the log divided into 16.  Gently cut on the mark without smashing the rolls.  Place the rolls in a square or round pan, I used the 8 x 8 in USA square pan.  Cover and let it rise until doubled in size.

Bake in t preheated oven at 350F for 25 minutes. Remove and let it cool.

In the meantime make the sugar glaze. Mix all the ingredients listed under the glaze into a small bowl.

Drizzle over the cool cinnamon rolls. 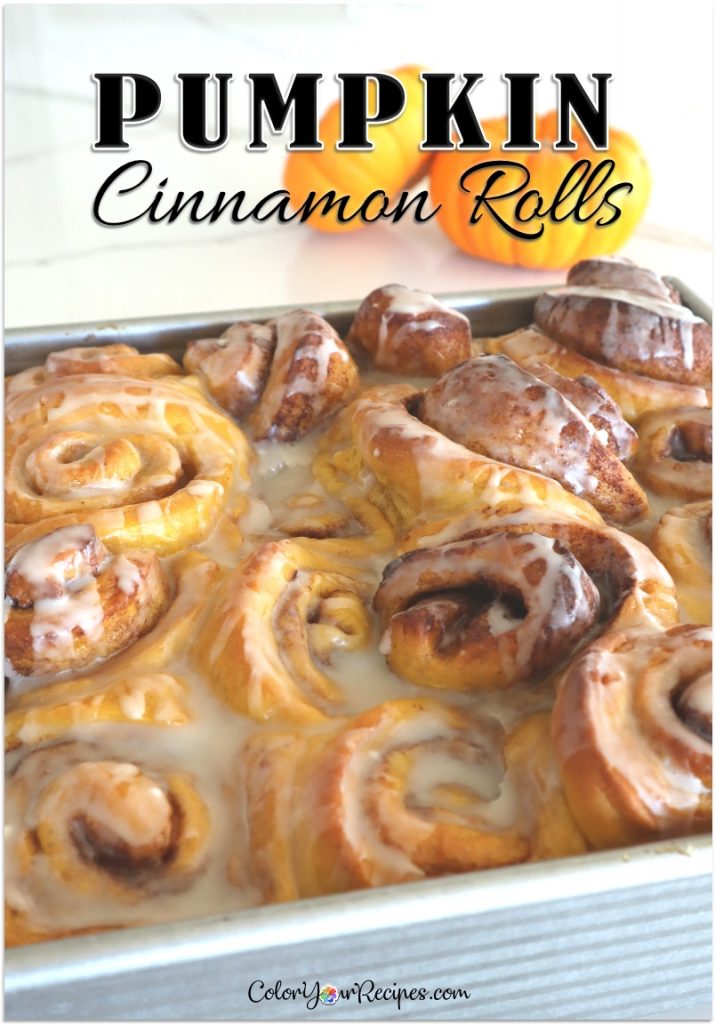 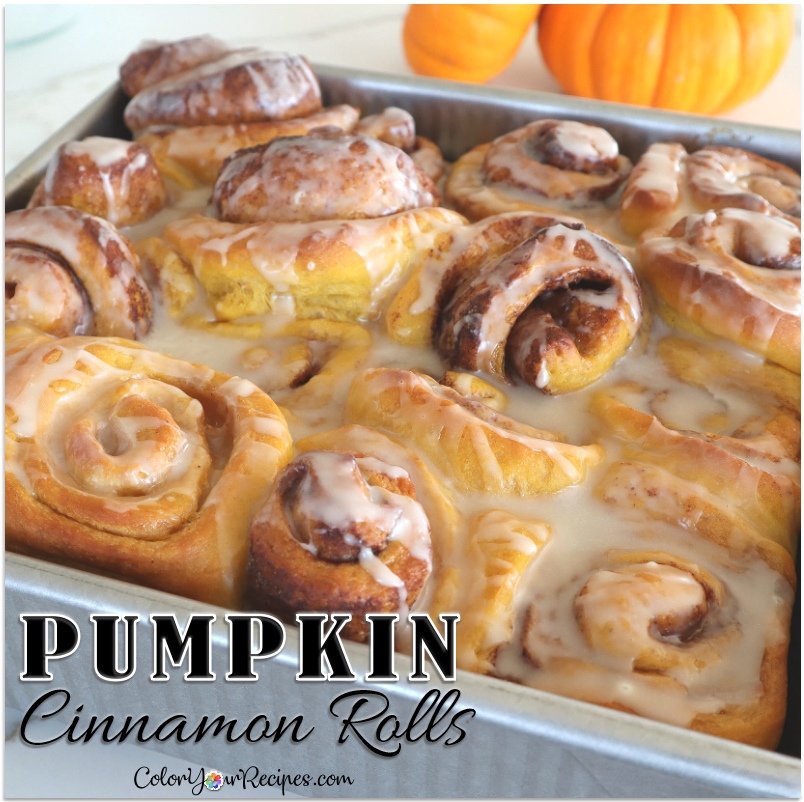 Take another look and tell me if you can resist… 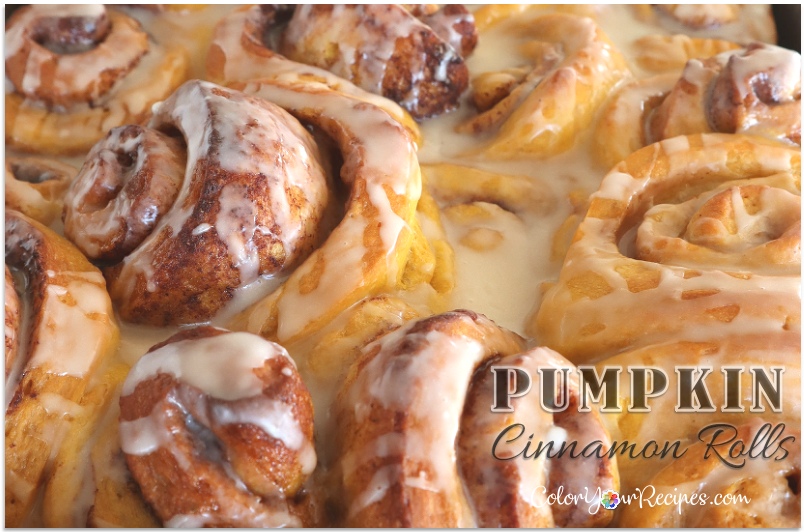 – Looking for more pumpkin recipes?  Take a look at these…