This is a super easy version of apple pie, each slice of this crostata is packed with everything you find in an apple pie…the apple is moist and the crust is light and flaky…and even better served with a scoop of vanilla ice cream. 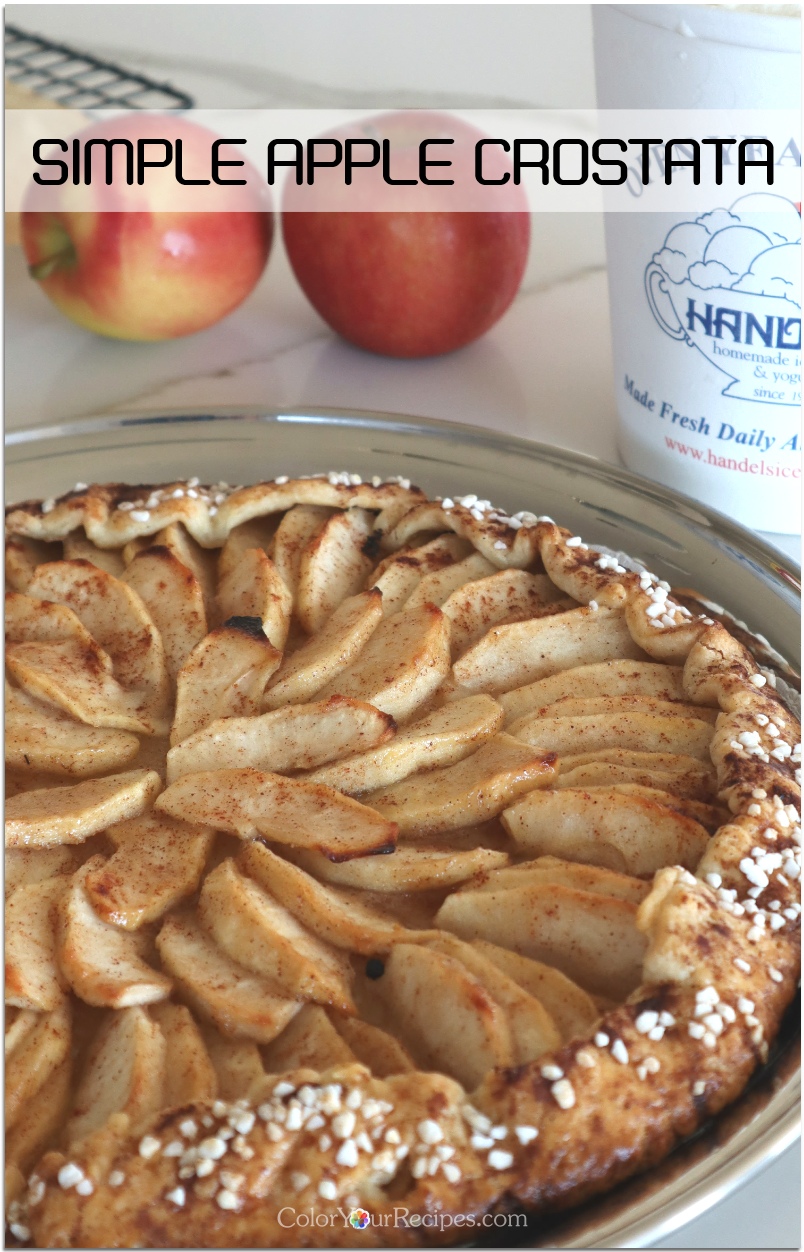 A few weeks ago, I was asked to make a dessert with apple for a dinner, after thinking and surfing the internet for ideas I finally decided to go with an apple crostata, first because of the way it looked and second for its simplicity.

So, if you like apple pie, you will love the apple crostata, which is nothing more than an apple tart. For this apple crostata, I simply used all the ingredients as for to bake an apple pie…and yes, I cheated…I did not make the crust, came directly from Trader Joe’s freezer, but if you like making everything from scratch you have my respect…either way, I can guarantee that you will enjoy this recipe, especially with a scoop of vanilla ice cream.

Talking about ice cream, have you ever heard of Handel’s Homemade Ice Cream? Well, if not you should see if there is any near you…the ice cream is to die for, made daily with the most fresh ingredients, once you try their ice cream you will not be able to settle for any other….anyway, so this is what we took to the dinner party.

This recipe was a compilation of many recipes from the internet, particularly from here. 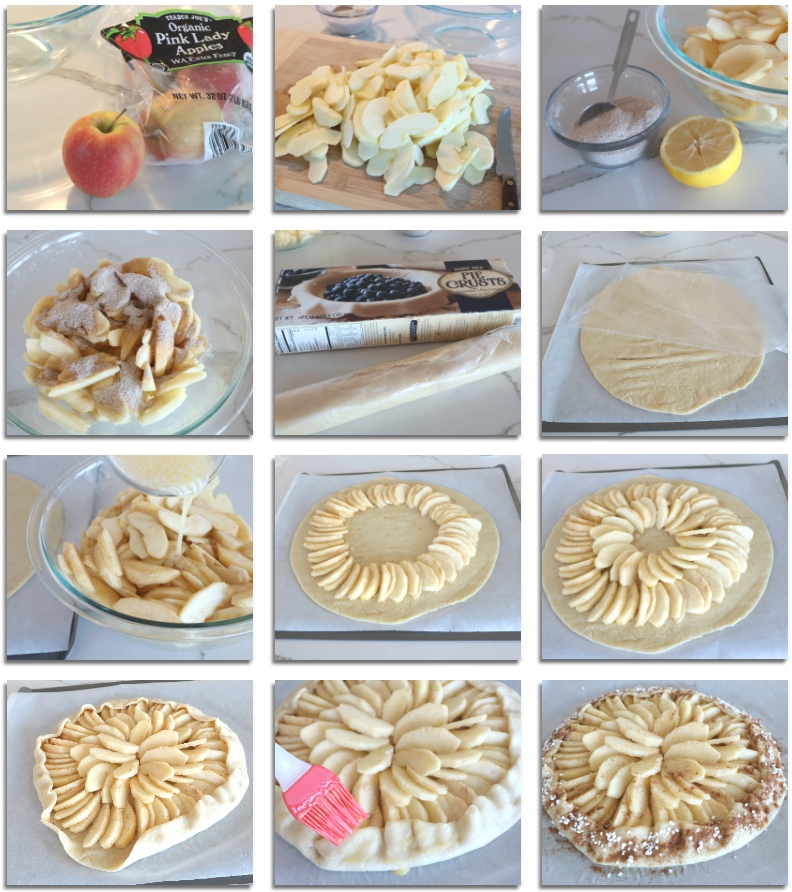 Make sure the crust is defrosted, according to the instruction of the package.

In a small bowl mix the sugar, cinnamon, cornstarch and set aside.

Peel the pie crust and place on a parchment paper. Layer the apple slice orderly in one direction, leaving about 1 to 1.2 inch from the edge.  Once the crust is filled with the apple, fold the edge over the apple.

Brush the border with the egg wash and sprinkle with cinnamon and Swedish pearl sugar.

Bake for approximately 35 – 40 minutes or until the golden on the top.

Remove the crostata from the oven and let it cool before serving.

Note: I made another version which a thin layer of low sugar apricot jam (2 tablespoons) was added to the crust before adding the slices of apple, and proceeded as described above…absolutely delicious! 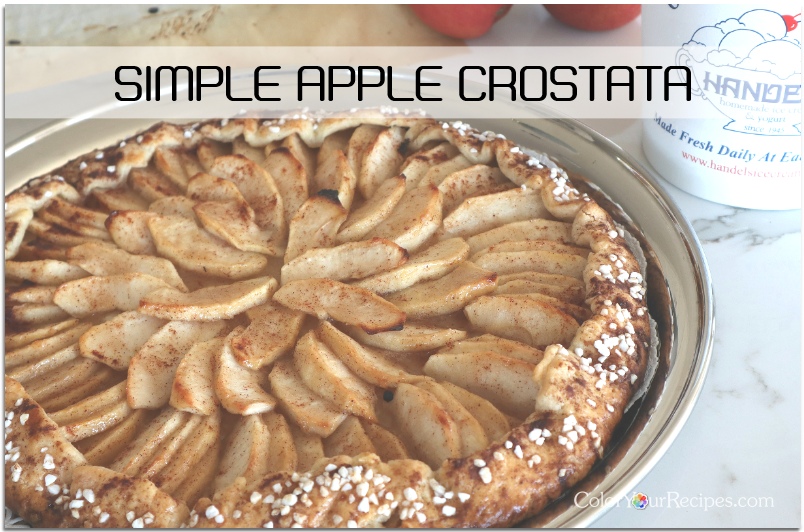 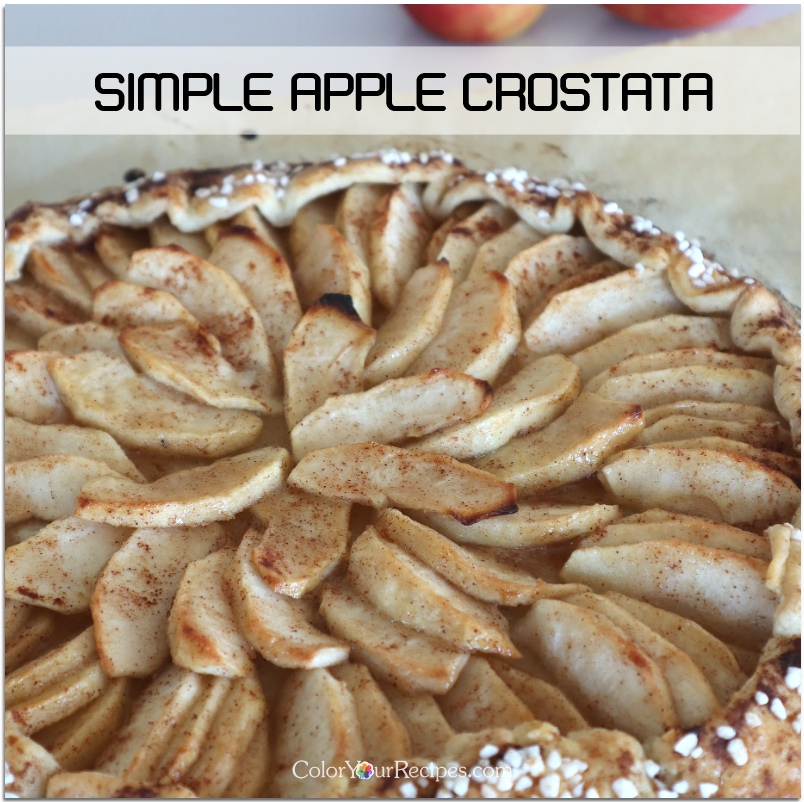 I hope you enjoy this simple version of apple pie.  You might want to take a look at Simple Apple Crisp or Apple Filled Buns recipes.

Did you know that apples contain pectin? Pectin is used in the making of jam as a thickening agent. Moreover, pectin is a dietary soluble fiber which can help lower cholesterol.